This past weekend, we made the trek to Wichita Falls, TX for the first time. We drove and drove and drove up a country road for hours. We passed though several small towns that didn't even have a place to stop and pee. I was never so happy to get to a destination in all my life.

I set up my stuff and drove to the motel, which was another shocker. I still have difficulty with spending my weekends in crappy motels and dirty livestock arenas, but I got over myself by the second day. I kept picturing the 4 star Vegas hotel we stayed in last month and that didn't help at all.

On Friday, Maggie Q'd in both runs. She was doing so well. We barely made time in jumpers though. On Saturday, Maggie flew through the standard run. I've never seen her so fast in off-side weaves EVER. We managed to get 15 seconds under time. She Q'd in jumpers as well but it was a squeaker. On Sunday, she Q'd again in standard and I was getting shakey. Got a photo-shoot before jumpers and I think that may have spooked her. We missed our last Q by one second. ONE SECOND!

Still 5 out of 6 is pretty good for Miss Maggie. I tried my new trick of giving her some wheat treats prior to her run to get the sugar rush going. I also teased her with her favorite treat - string cheese. She didn't sniff in the ring once.

The other part of our weekend was socializing Kimi, which went just OK. He is still deathly afraid of traffic, although it is getting better, and these flea-bag motels always seem to be right by the expressway. With Maggie pulling me one way to sniff garbage and Kimi fleeing the other way from the traffic, I about lost my mind. I resorted to walking them separately, which worked much better.

By Sunday, Kimi was much bolder and we all managed to take a walk outside the arena. Saturday evening, I took Kimi over the practice jump after everyone was gone and he was great. Very excited to begin competing with him this fall. 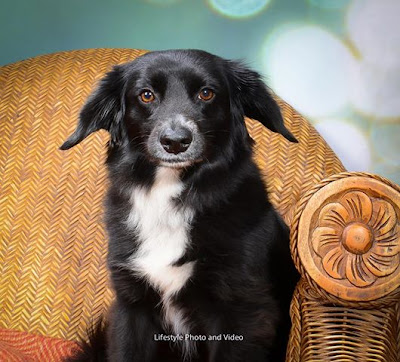 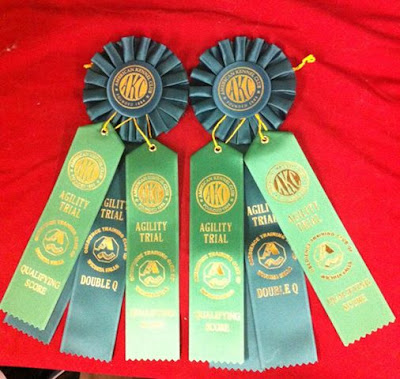 Wish Miss Maggie enjoyed getting her picture taken. I've never been able to get her in the same frame as her ribbons. I'm trying not to be greedy, but I wonder if I had skipped the photo shoot if we would have Q'd. Oh well. The picture is beautiful and we had a wonderful weekend.
Posted by Susan DeMar at Friday, June 28, 2013 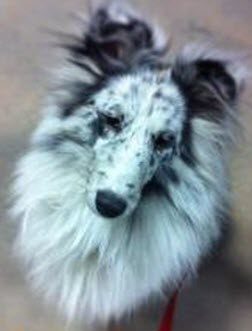 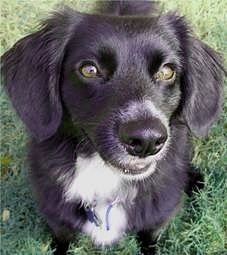 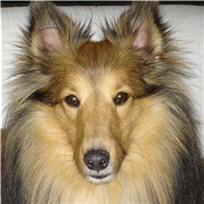 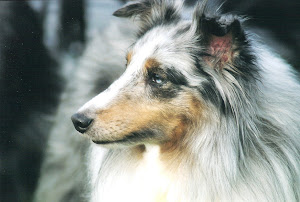 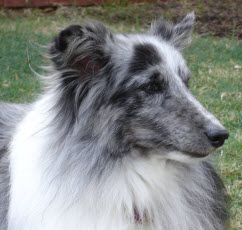